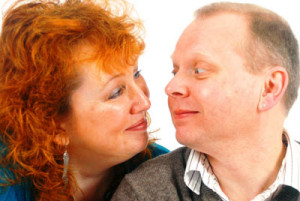 ‘A Half of Murphy’s’ are Noeleen and Alex who are literally half of the  band ‘Murphy’s Lore’. In the band, Noeleen and Alex are the rhythm section, providing a driving force behind the tune players and Noeleen’s smooth, clear vocals provide the core of the band’s songs or as ‘caller’. They have been performing regularly as a duo for several years. After a couple of appearances at some local folk clubs were well received, they decided to do more and kept going!

Noeleen plays guitar, whistle, and bodhran but is best known for her vocal abilities, drawing on her Irish heritage to sing songs learnt as a child at the knee of her accordion playing father, whilst Alex accompanies her on guitar, tenor guitar, some backing vocals and occasionally the mandolin, having returned to his folk roots after a brief fling with rock music in his youth!

Straight Banana is a group of singers from Milford on Sea. Formed as a ‘one off’ to sing a couple of pieces at Christmas 2015, we have been singing and performing a wide range of acapella music together ever since.