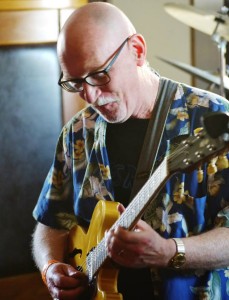 The next in the series of Blues Nights is on Friday 5 September, featuring The Pete Harris R & B All Stars.

This band was formed to perform at The Swanage Blues Festival in March this year and was rapturously received.

They have since performed at various venues with the same line-up.

Except Jeradine, all the members of the band are well established on the blues scene. Jeradine, a strikingly attractive young lady, has been performing with this band since the beginning of this year and is already making a huge impact with her powerful but soulful vocals and her stunning stage presence.

Together, the band produces a dynamic and exciting blend of uptown blues, classic R & B and soul.

The show will be, as usual, hosted by Bob Long, who will introduce support acts TBA.